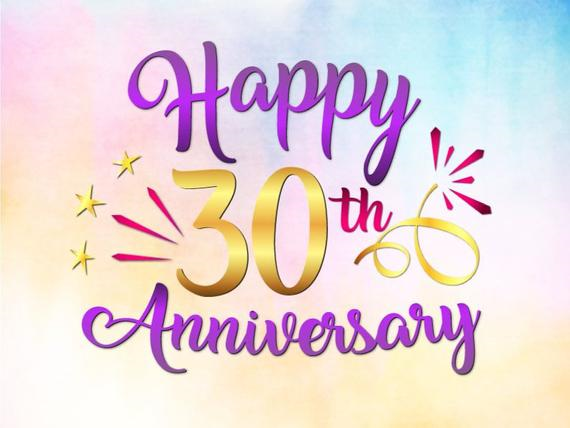 As I started work on 20 August 1990 I doubt I expected to be in a world beset with the global concerns that face us presently and discussed extensively by commentators much better placed than I. 30th anniversary celebrations are presently on hold and a pint of Salvation down at Loughborough Rugby club will have to suffice for now.

With a delusional confidence and raw appetite with two and half years’ experience under my belt off we set. No great strategy or plans – just simply knowing I wanted to work for myself and I thoroughly (and still do) enjoy recruitment and all that goes with it. Perhaps the best way to start your business.

For those of you old enough to remember, 1990 was the year Nelson Mandela was released after twenty-seven years internment. The Berlin Wall had come down and German unification began. A Tim Berners-Lee officially proposed his idea of the World Wide Web. That summer we experienced a heatwave (bit like now I suppose but before we had heard of climate change!) in which the highest temperatures ever were recorded in Britain at 37.1°C… Times have changed in office dress code… London yuppies moved Norfff, dressed in our stripey shirts and red braces, we grooved along with the rest of them to the sounds of Fine Young Cannibals and Partners in Kryme.

The workplace has changed somewhat (dramatically of late) “WFH” would not have been an option back in the young days of ABPM before mobiles, laptops and never mind Zoom or apps. There was no BBC news app or Twitter to feed us daily updates – instead, in our pre-iPhone era, it was the likes of Sue Cameron and the morning papers that informed us. It was the year of Godfather III, Hubble Space Technology and the end of Thatcher’s era as prime minister.

Since then, we’ve had six prime ministers and the five US presidents – in both cases, we have seen the good, the bad and the ugly. Since 1990, there have been seven Olympic games and eight rugby world cup finals including the crowning glory of 2003. There may have only been one Queen, but we have celebrated her birthday fifty-eight times and three Jubilees. It has been 359 months, 1,562 weeks or 10,937 days (at the time of writing) since ABPM began. In that time, there have been plenty of changes within ABPM as we moved with the times and recruitment evolved.

And now, the next chapter at ABPM. As on day 1, the same desire burns brightly to support client and candidate alike be that with career advice, team developments or most pertinently currently how to navigate our way through another economic slowdown. So do ring even if it is only to shoot the breeze for a few minutes, we are here to help.